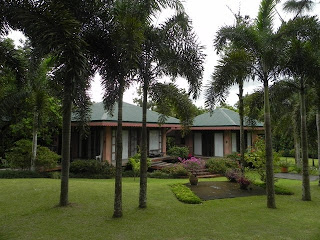 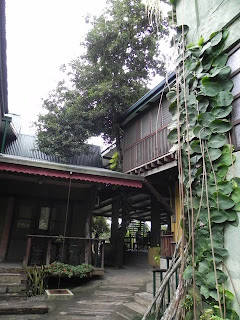 Is it obvious that I am catching up on my blogging? Sometime in February I was invited by Mike Asinas to visit his San Pablo house which I finally did. But before we could reach his fabled house, we passed by Mike's friend's inn, the very quaint Casa San Pablo. It is a very charming bread and breakfast type establishment with very cozy rooms and casitas. 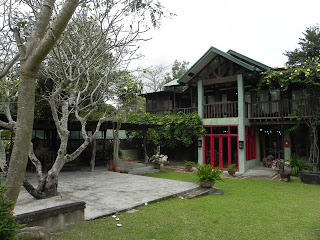 The ambience is very rustic and the landscape is undeniably country-styled. 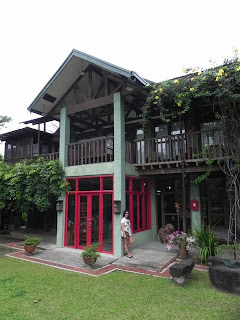 I was then with my sister Cecil (she gave me a ride) and she was in picture taking mode (as in me taking pictures of her as model against the picturesque Casa San Pablo background). Well, sometimes we have to be a good brother, hehehe, so I did take her photos. She wanted me to take pictures of her in the private house, the typical 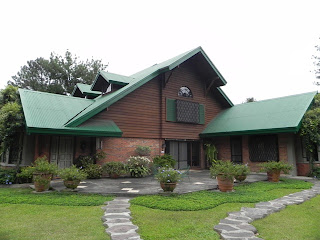 rooms, the gardens, the kitchen and even the dining hall. My sister was really picture-crazy that day! Last, she asked me to take 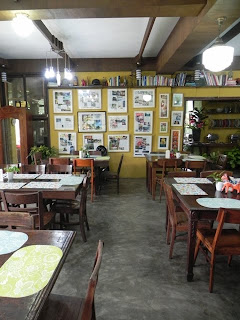 pictures of a plant she found to be weird (as if I needed prompting from her, knowing it is a plant).

What my sister fancied was the very unique aroid, the shingle plant or Rhapidophora sp. I was told it is also a 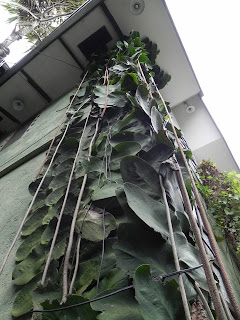 native of the Philippine forest. This very interesting plant is a climber which will grow like its namesake, imbricate on the climbed surface. The arranged leaves are 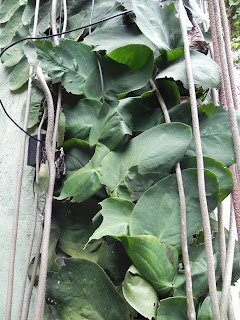 very attractive on very healthy plants, which could effectively adorn a very plain wall. Vigorous specimens could climb a 2 storey house's plain empty siding. The shingle plant certainly brightened up the plain walls in Casa San Pablo. It also took the attention off Cecil in her pictures... hehehe (she' ll kill me!!!)!
Posted by metscaper at 1:27 AM

Those houses are famous, though we are near it, i haven't really taken sometime to visit. But yes that plant is amazing and beautiful, havent seen it in the wild yet. Will it not later destroy or slowly weaken the cement of the wall it climbed. Of course, its roots will make small scratches through time, and water will hasten the weathering.

I think its weight is not that significant.