The Avoided Plant of the Philippine Forest 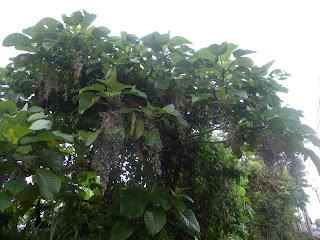 I was sent some beautiful flowering tree pictures by Mike Asinas of Ayala Land. They are flowers of I would say the most dreaded plant in our rainforests. It is simply called lipa (probably where the city Lipa was named after). Lipa are small shrubs to trees belonging to the genus Dendrocnide, members of the nettle 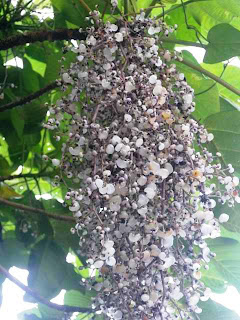 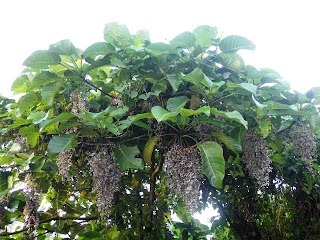 A seasoned mountaineer would probably recognize this plant even without flowers. Not doing so will be unfortunate. The leaves could inflict serious skin irritation or pain which could last quite sometime. It is a shame as the inflorescence is quite impressive. 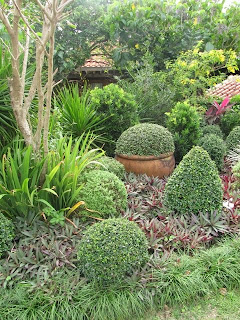 A year ago I got to see the gardens of Pundacion Pacita in Batanes. I saw specimens of this plant proudly displayed with flowers in a prominent area in their garden 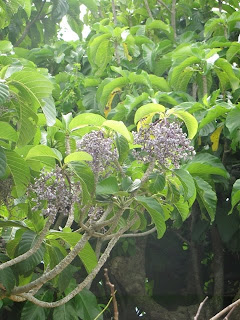 (background plant of the topiaries - upper right hand corner). I am not sure if the owners know that the plant has this nasty reputation or just that they were so enamoured with the pretty flowers. Or would the Abads know a secret how to keep them in the garden without getting the itch?
Posted by metscaper at 12:46 AM

We have one here in Cebu called the "alingatong" and it stings when touched.

I wonder what species that is.

The most common way of treating the itch is to douse the infected part with vinegar or ammonia. If the two chemicals are not available, the worst solution (w/c actually works!) is to have someone urinate on the infected part.

Yeah they know the secret to heal the skin damage.i used to plant it as a fence in our backyard because of our nasty neighbors who steal from our fruit trees. And believe me they tasted hell everytime they encroach but I know how to treat it in seconds...

Does anyone knows about the healing properties of this lipang kalabaw to kidney failure? Thanks po