The Pine Trees on that Sandy Shore 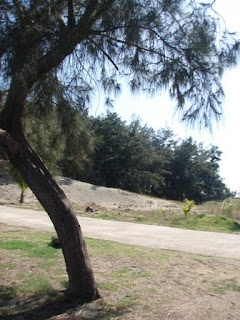 In my trips to Zambales and Ilocos, I came across a lot of coastal settings and a surprise is to find some pine-looking trees growing along the sandy shores. 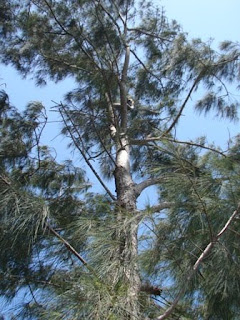 This is one of the most unusual sights for a city dweller as we associate pine trees with cooler places like Baguio and Tagaytay. So to see those pine trees on the warm and harsh beaches were a bit baffling. But I learned they should't be. The pine tree in question is Casuarina equisetifolia or agoho. Some of us would have heard of towns named after the tree like Agoo. 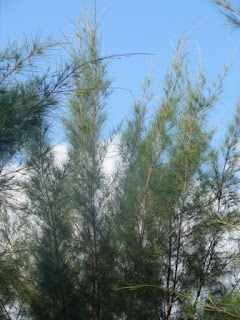 Elmer Nochesaleda once mentioned there were a few more towns like Malabuhok or Maribojoc which were named after agoho. Unusually these are again coastal towns, which solidifies the fact that this particular pine indeed is abundant in coastal regions. 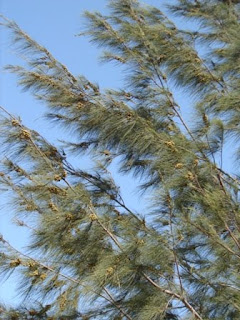 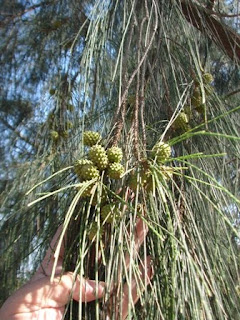 I have not yet confirmed if it is related to it but most references like Wikipedia and the Bureau of Plant Industries label agoho as a flowering evergreen. But in terms of form and shape it is a pine mimic. Even up to the shape of its leaves and fruits which resemble pine needles and cones. 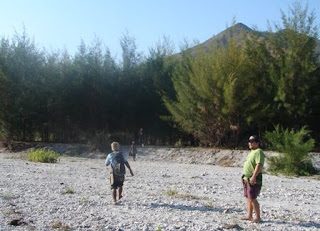 The agoho is native in the Philippines but is also common in coastal areas from Eastern Africa to Australia. In both the Zambales and Ilocos landscapes, the agoho growth patches standout from the rest of the vegetation. In the Bucao River they grow on the lahar-laden shores. In Ilocos they are the dominant greens found on the desert-looking sandy dunes (which Il earned was not at all a desert but an aeolean or wind landform-you have to take LArch 255) . The pine looking agoho somehow connotes a feeling of cool air amidst the harsh hot climate of our coastal areas. It gives an unexpected mountain ambiance to the beach landscape.
Posted by metscaper at 7:41 AM

Casuarina spp. are not related to pines, even though they are called "pines" due to their reduced foliage. They are pesky invasives, and reproduce very easily.

thanks. i heard sometime ago that they are false conifers. they are said to bear flowers unlike any other conifer.

Casuarina spp. are not gymnosperms. they are angiosperms. if you can observe the needles of Casuarina spp., its needles are segmented as compared to Penus spp.

I own property in Cebu between the Ocean and highway. Would this tree be a good tree to try there?